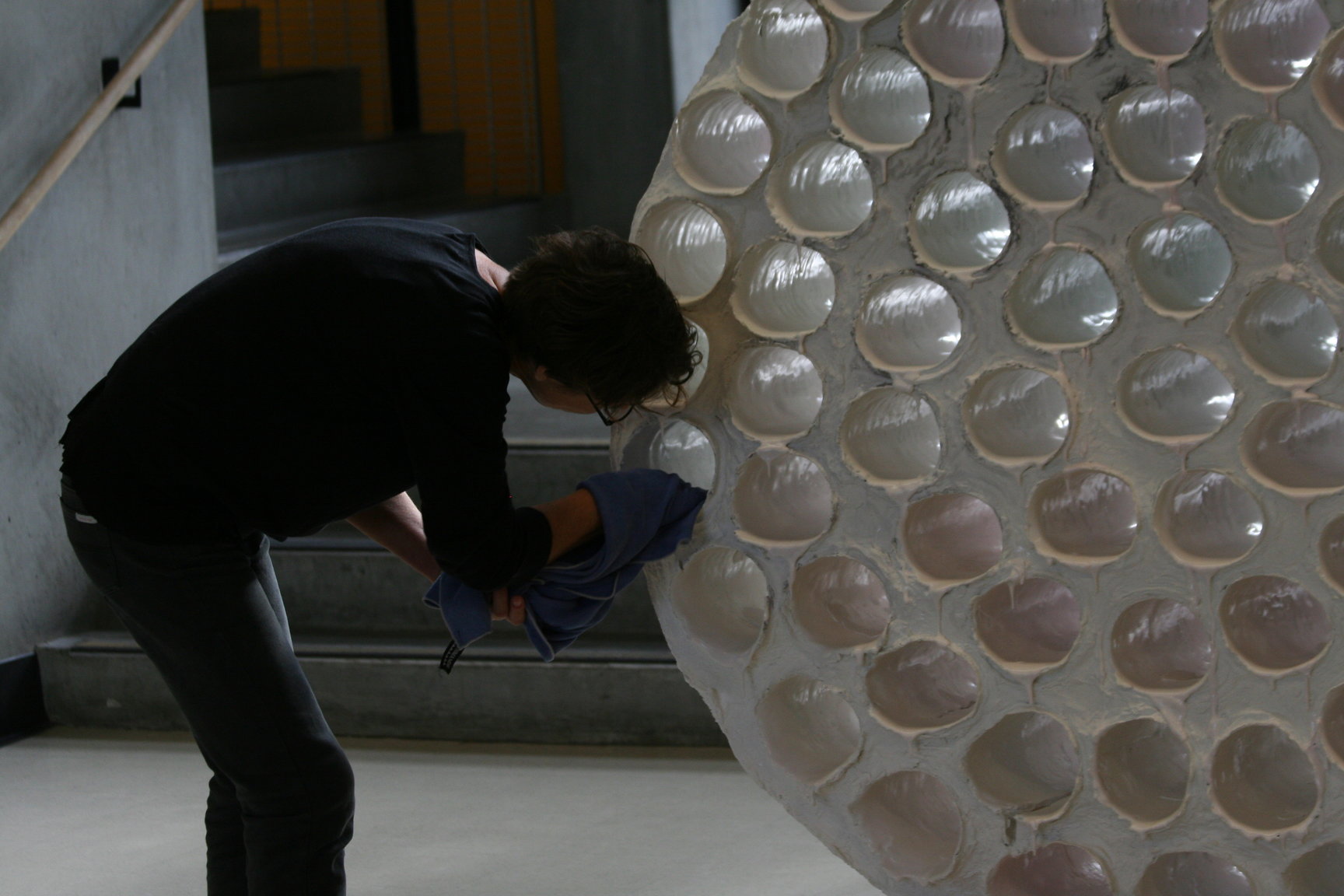 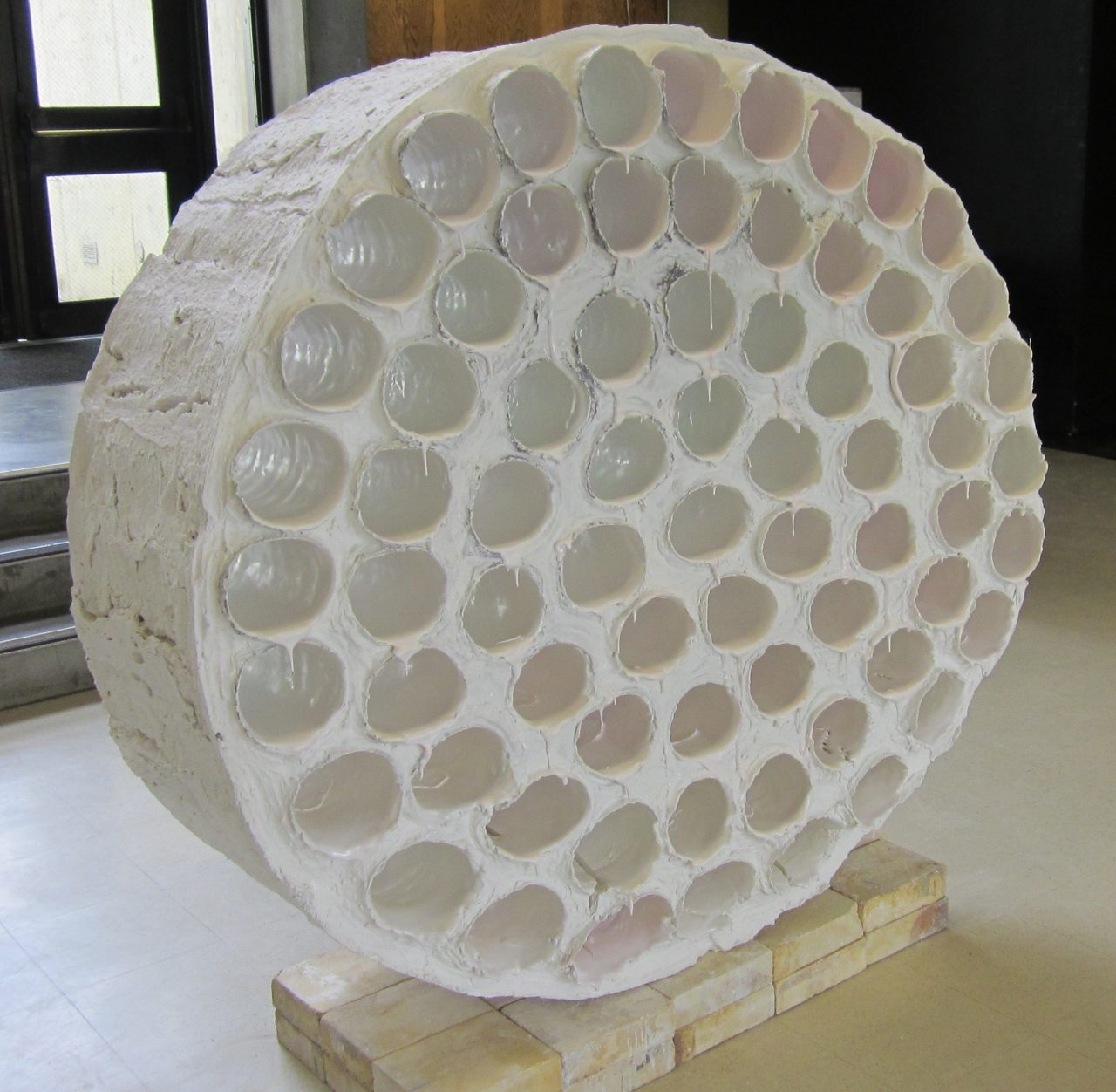 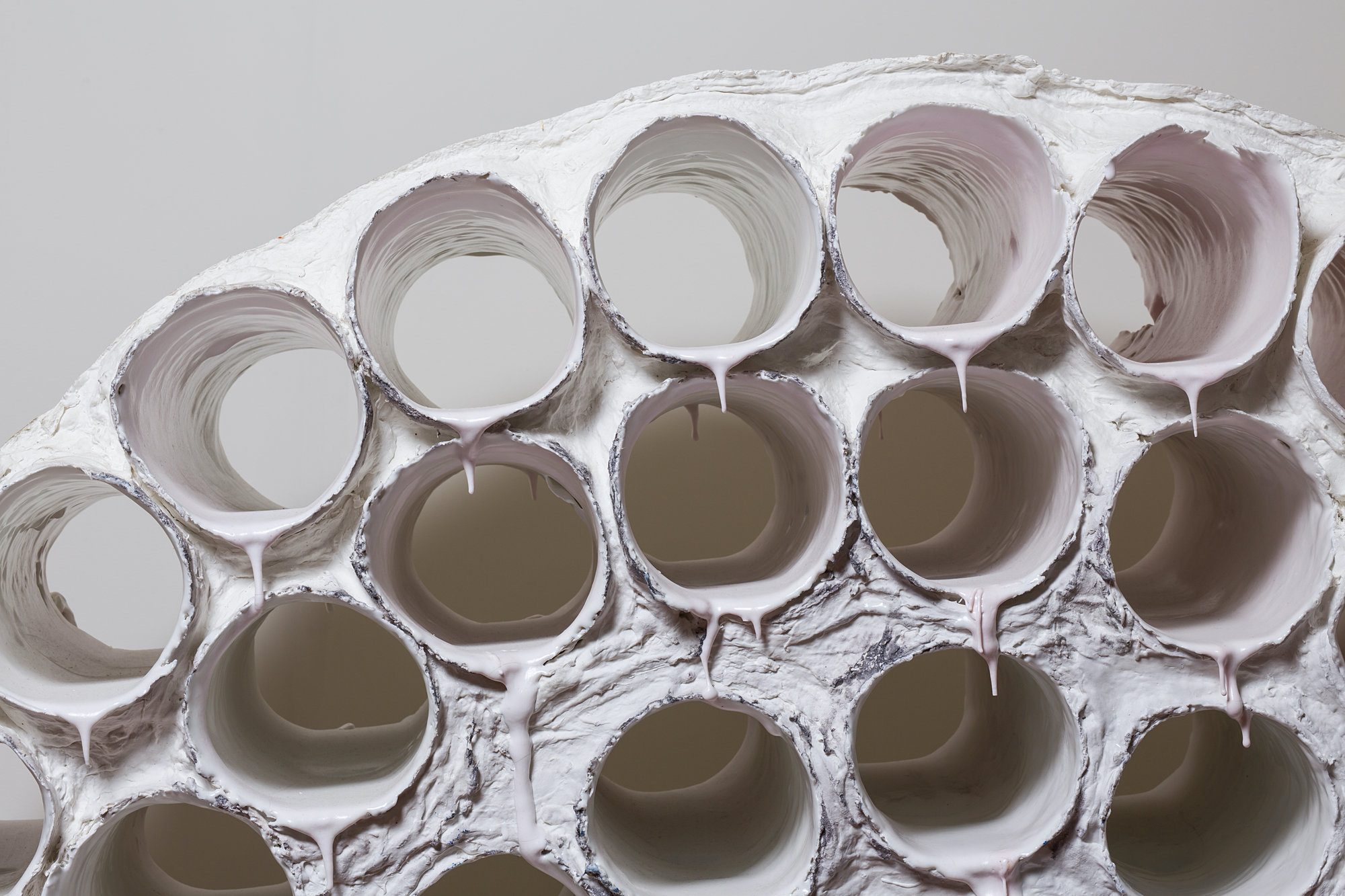 Deep Time #29 is the second of two large porcelain sculptures created on the campus at U.C Berkeley, California and the latest in a series  begun in 2001 following the Artist to Antarctica Fellowship. The series is named after the international drilling project at Cape Roberts, Antarctica, named ‘Deep Time’.